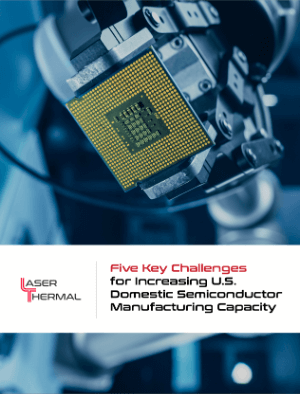 While the United States remains a world leader in semiconductors, domestic manufacturing capacity has declined substantially in recent years as more and more firms have adopted a “fabless” model and outsourced production internationally. Today, the U.S. makes only 12 percent of the world’s semiconductors, compared to 37 percent in the 1990’s.

Private- and public-sector leaders increasingly recognize that poorly diversified supply chains represent a substantial economic risk. Recent legislation, like the CHIPS and Science Act of 2022 and the Inflation Reduction Act, offer substantial incentives for investment in new domestic manufacturing facilities, and a boom in construction is already underway.

As US semiconductor manufacturers work to answer the call for renewed leadership in domestic chip manufacturing, what are the most important challenges that will need to be addressed?

We cover five of the most important in this whitepaper, including critical considerations such as: